During the 1980’s I remember Penn Valley Park and Liberty Memorial differently than it sits today. They were Queer spaces defined by the movements and looks that only a body of Queer people can conjure. Mostly men, they stood in cuff with one another – moving, talking, smiling and communing on multiple fronts. The Mall in front of the Liberty Memorial was a charged space defined by the monument and the faces of Gay men that occupied it each weekend. During those years The Mall resembled a parade – a weekly community celebration lined with cars, music and men. This site-specific project is an attempt at an unrecorded document, a memory of a Queer utopia impacted by the AIDS epidemic, city ordinances, growing changes in public attitude and time. Through the use of social media and gay dating apps I invited Gay identified men back to The Mall and Penn Valley Park to share in this history and together produced portraits paying tribute to our former community. Those conversations, collected interviews and the portraits all construct a visual record of a community that emerged and energized the memorial and park campuses during the 1980’s. The four image and text pieces titled “Monuments no.1, 2, 3, & 5” are created from collected interviews and conversations combined with photographs of the landscape. These monuments document the brush and tree lines that hide old cruising trails and paths located between the park and Broadway Blvd. Together the portraits and monuments ask the viewer to briefly experience the history and grounds while giving life to a former public Queer space.

The installation is realized in partnership with Open Spaces 2018: A Kansas City Arts Experience, curated by Dan Cameron. Learn more at: www.openspaceskc.com

Support for this work is provided by a Rocket Grants project award, a program of the Charlotte Street Foundation and the University of Kansas Spencer Museum of Art. Funding is provided by the Andy Warhol Foundation for the Visual Arts. Learn more at: www.rocketgrants.org Anthony Marcos Rea, 2018 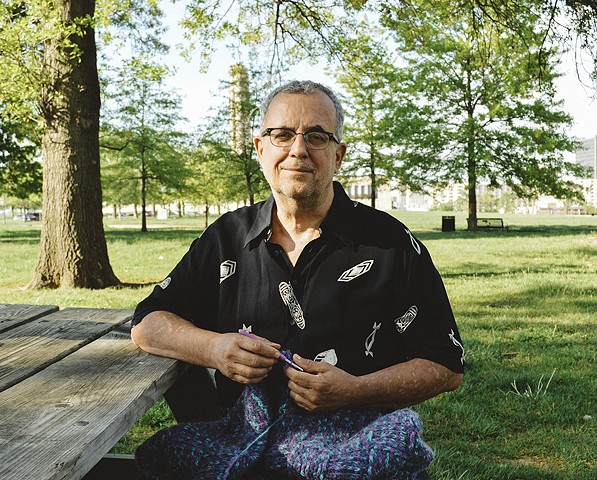 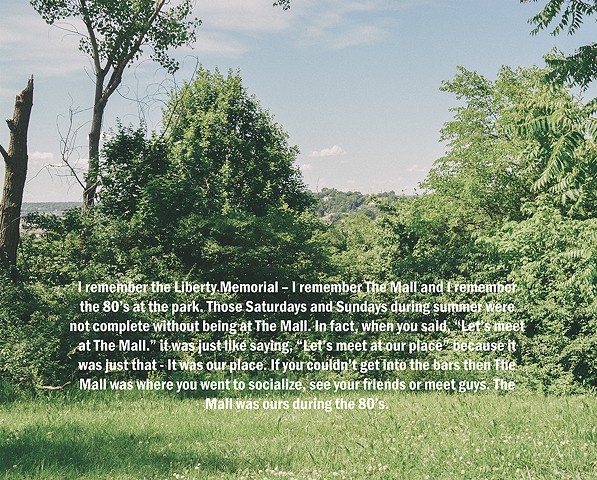 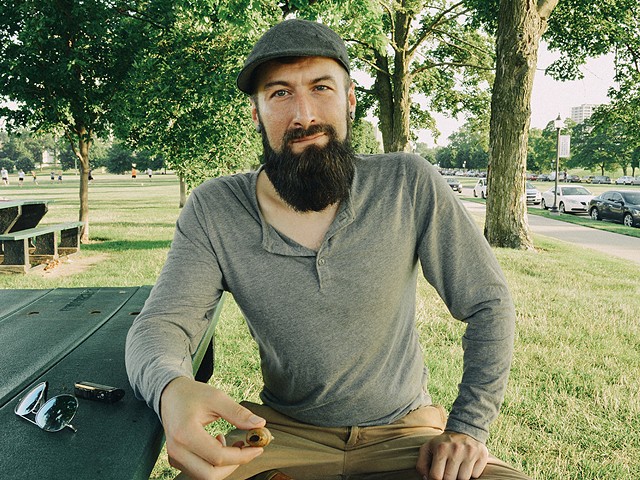 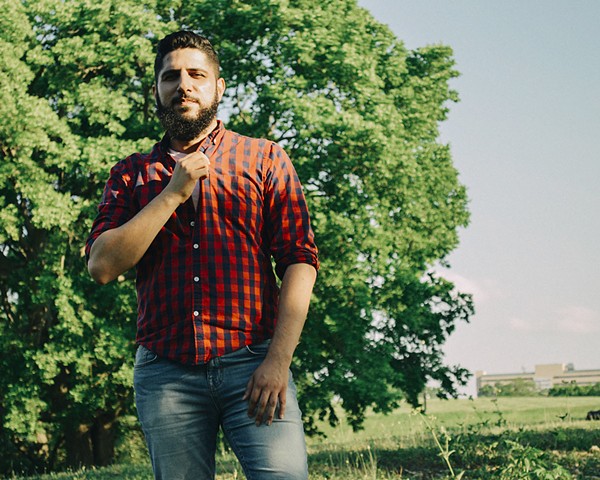 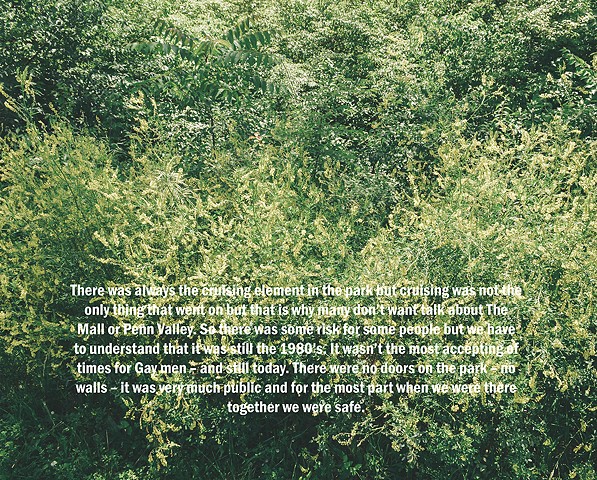 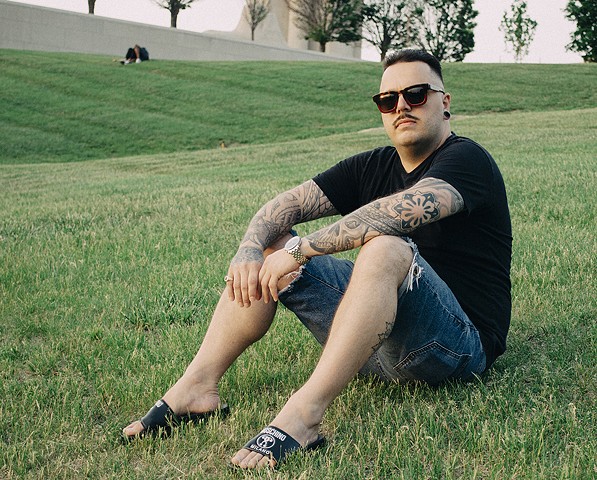 Sitting With Jesse At The Monument 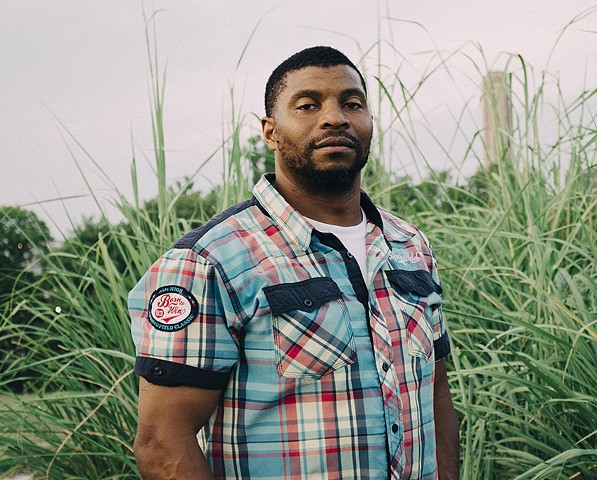 Clifton - Over At The Pioneer Mother 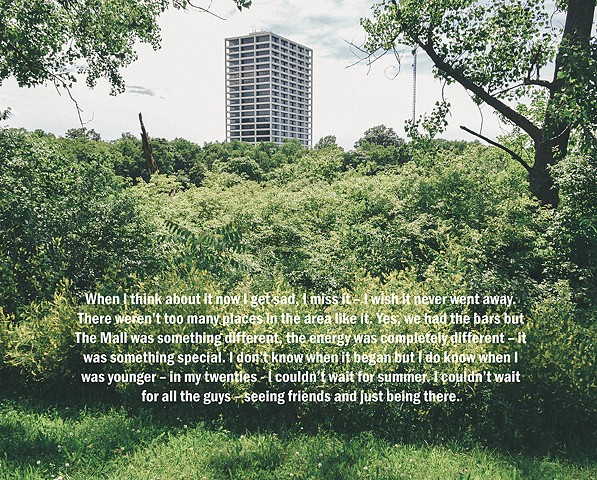 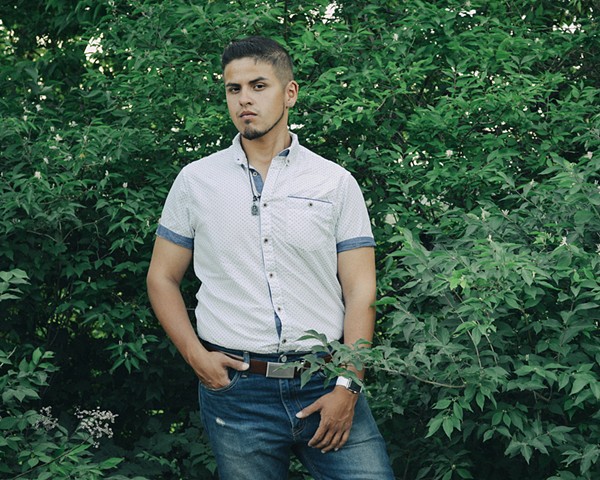 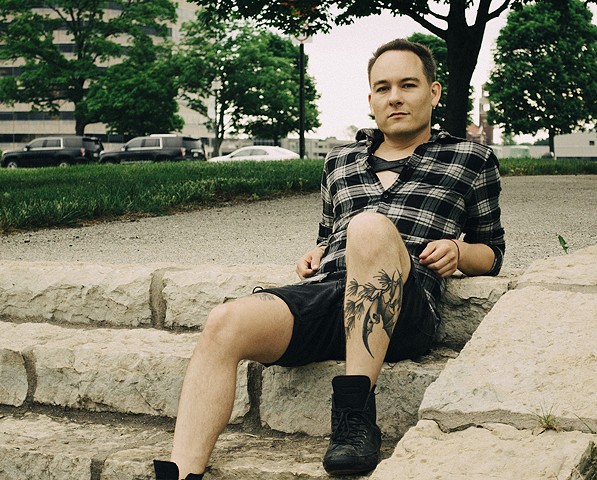 Derek on The Mall 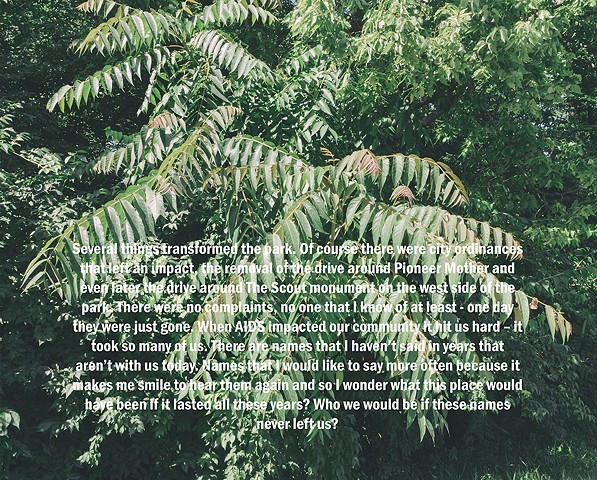 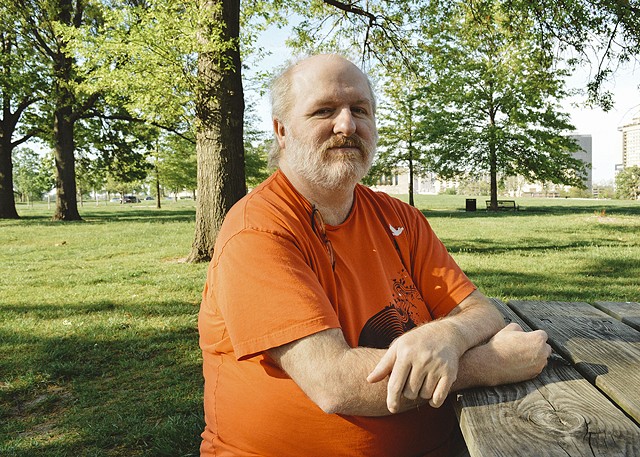